Hippy Motors decals have been on the TV, again.

We like to think we are very modest here but sometimes we get a bit excited about our decals. We are very proud of our little business, our product range and, of course, the groovy people that buy from us supporting the family and household. So when we see our products on vans and cars we get excited. We often play 'count the flowery motors' on long trips because, really, we are just looking out for our stuff and we can give our customers a wave. We get even more excited when we see them on television although we try not to be; but we are.

2021 has got to a great start and it's only January. Last year we got two orders from production companies. One was from Scotland for a comic called Susan Calman who was going to film her travels around the UK in her van. The second was for a French production company making a film.

At the start of 2021 Susan Calman's series started on Channel 5 in the UK and wow we were absolutely delighted. Not only is Susan a great and very likeable personality but the team focus a lot of the decals on the van. It's a cracking advert for our products and how they can create fun and good vibes for good people.

Then, this week, she and her beautiful van, were featured on the BBC's One Show. An extra prime-time bonus for us.

We got some pictures from the French production company raving on about the decals. They did not need to do that so we were thrilled by that contact. We don't know when the movie is to be released but we will keep you informed when it is.

Finally we had an extra surprise last week. We watch a great program called 'Taskmaster' on Channel 4 'catch-up' on their streaming service 'All 4'. They get comedians to perform pointless tasks and the results are often hilarious. We got to series 7 and realised the 'Taskmaster Caravan' in the garden that is the setting for many a 'task' has our decals on it (well at least one). Again we were just thrilled. Kind of makes us feel we are, somehow, involved in a production we love.

So , last year, a lot of our decals were on a convoy of caravans on a Ford advert but blink and you'd miss them (see our previous blog post). Prior to that a BBC Casualty episode although they were on a car crash victims car. They've been put on a beautiful split-screen VW camper in a BBC Country File series but the campervan was so precious the owner refused to have our decals put on properly so they kept the backing on and stuck them on used Blu-Tac. Kind of funny because you could tell the filming was on a different day because they would change position.

Anyway, if you ever see our stuff on the telly, let us know, we can do with a boost. 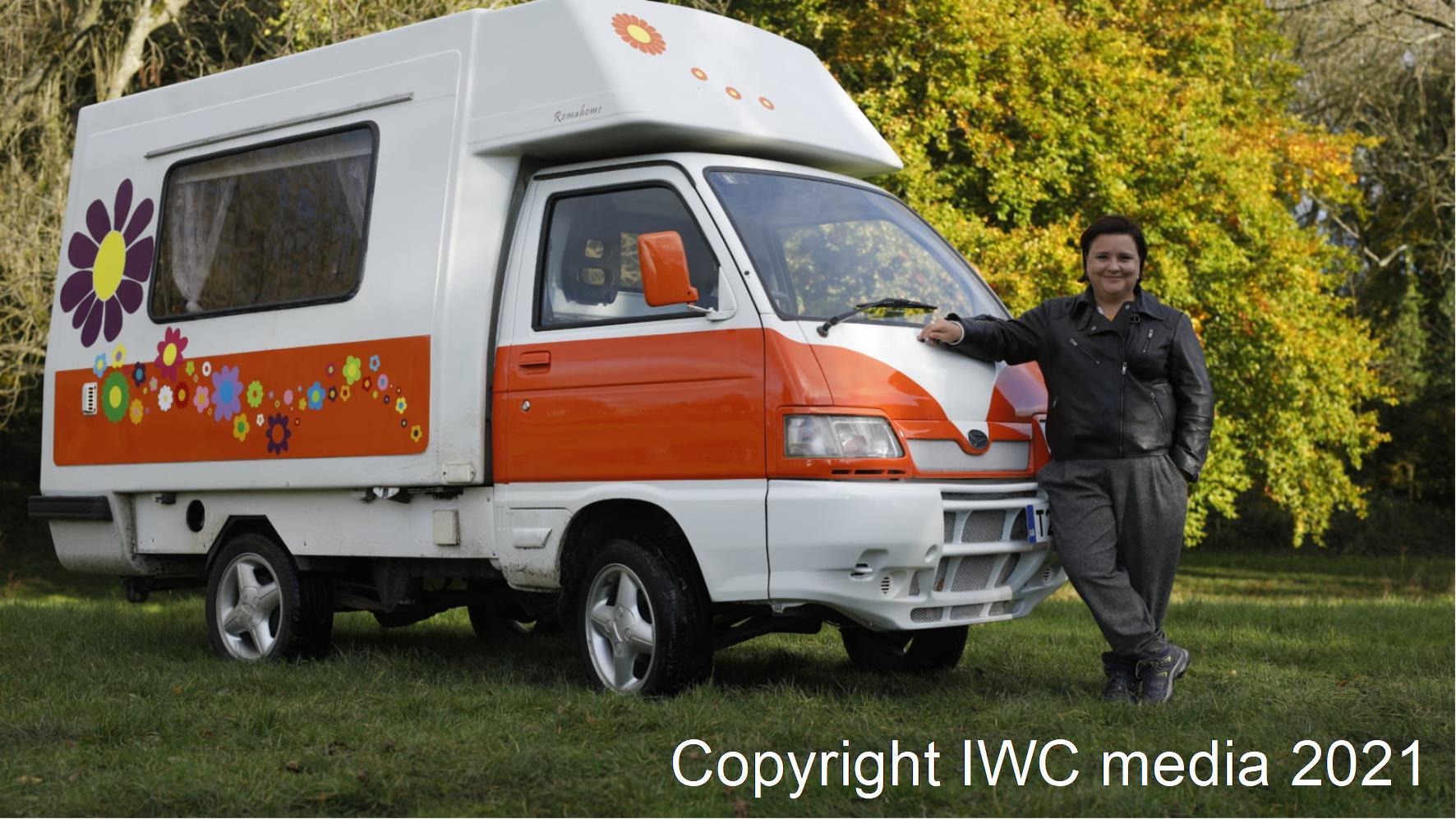 Susan Calman and the van 'Helen Mirren' on Susan Calman's Grand Day Out. 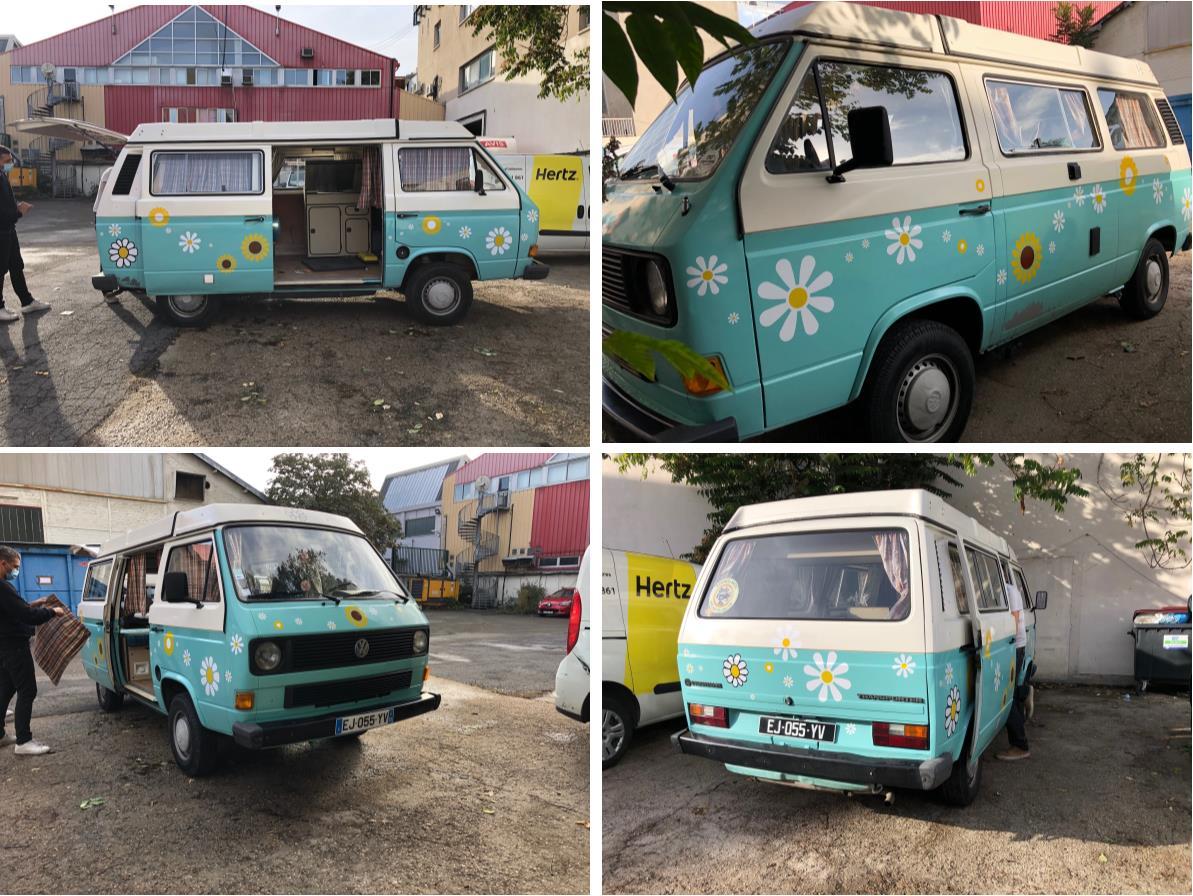 Look out for this beautiful van in a French movie called "Friendzone". 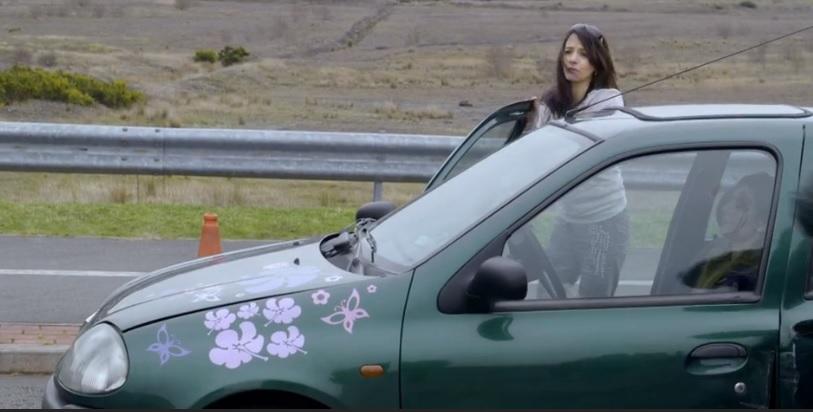 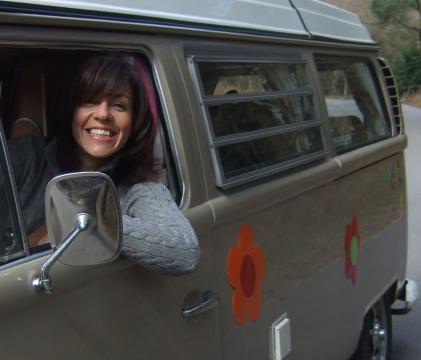 Julia Bradbury on BBC Country File with the Blu-Tac'd stickers. 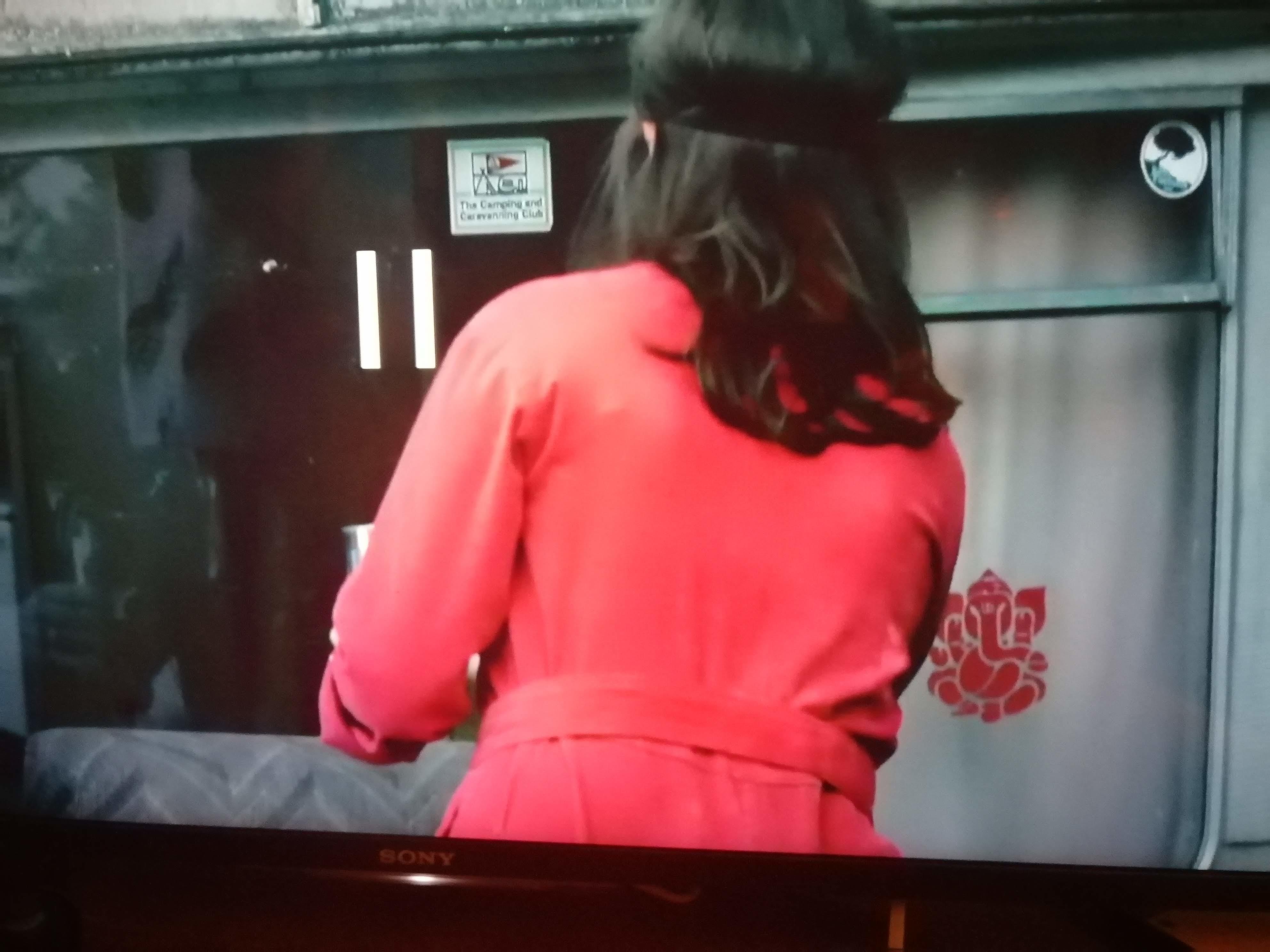 Our decal on the Taskmaster caravan.