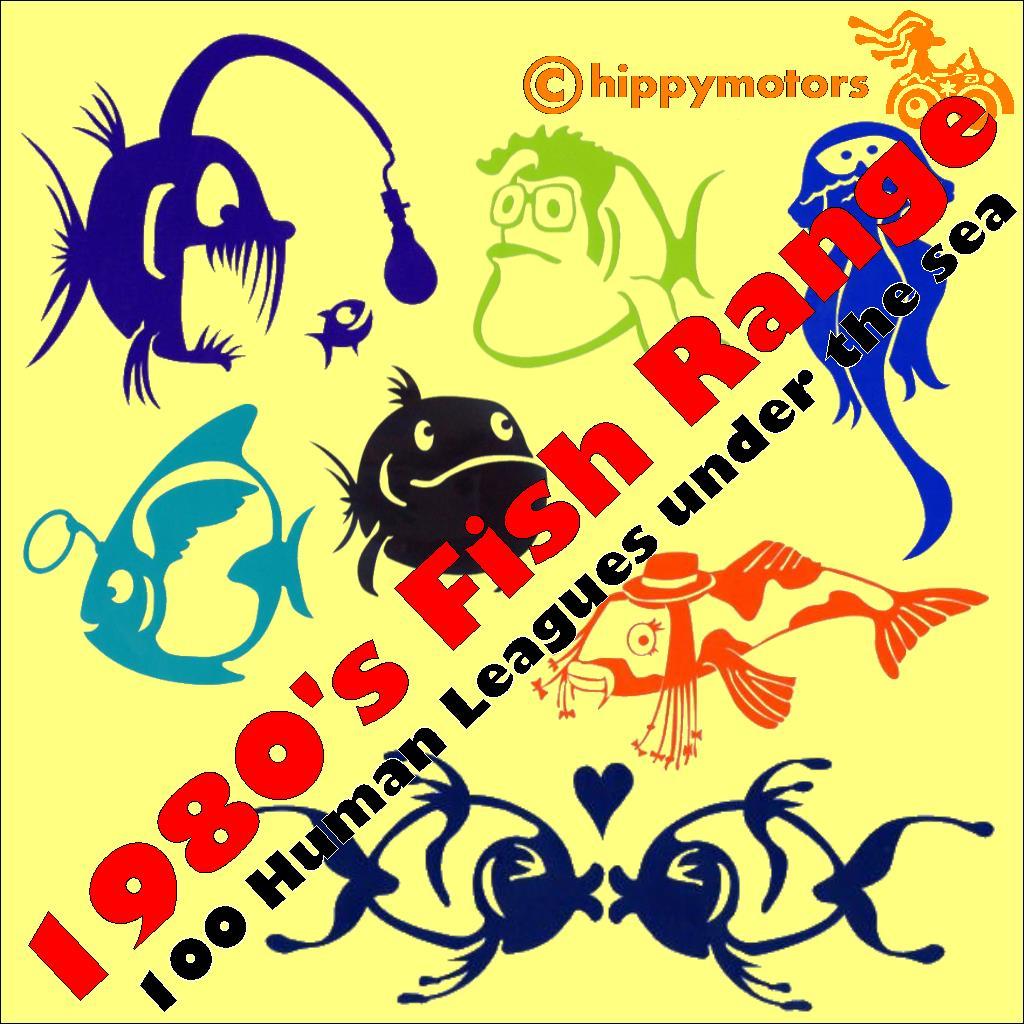 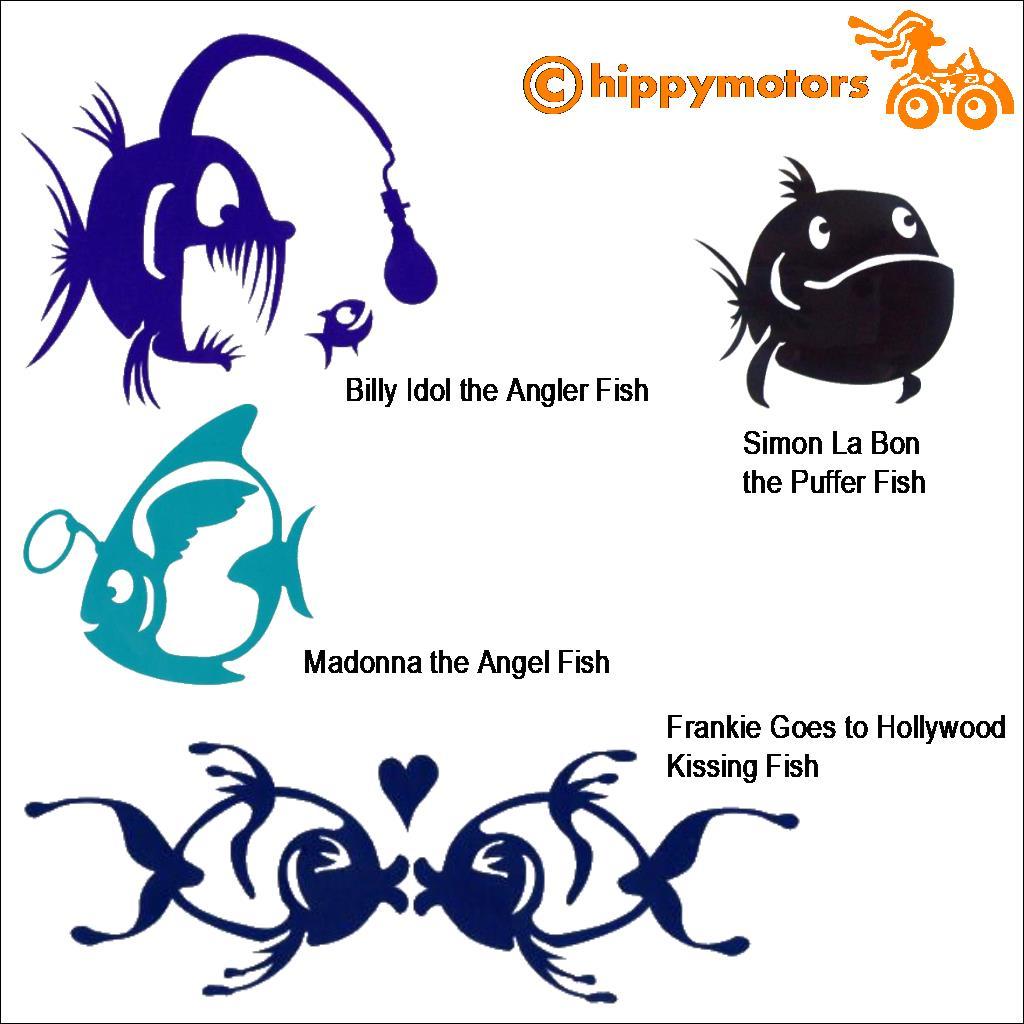 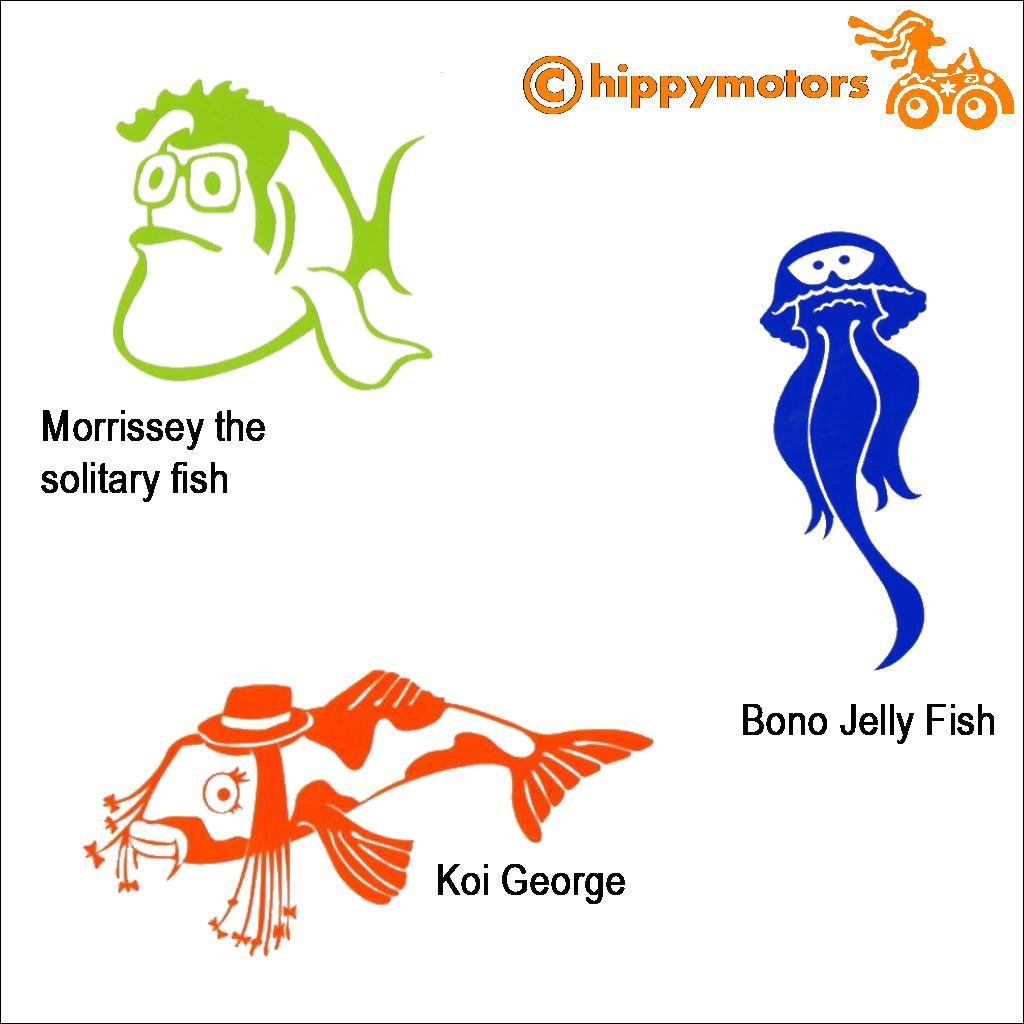 What is life like 100 Human Leagues under the sea?

I wanted to add fish to our range but I also wanted to have a bit of fun with them so welcome to our 1980's pop-star fish range '100 Human Leagues under the sea'.

Boy George is a Koi type fish that are well known for being pretty so he can't help looking fabulous. It's his culture. Koi George cute and stylish, who'd want to hurt him? He's 145 X 80mm

Billy Idol is a right vicious looking fish but he is idle, a bit lazy, so Billy just floats around waiting for fish to come and look at his light, sings Rebel Yell and they swim into his mouth to end there lives. Billy is 120mmX120mm

Simon La Bon is a Puffer Fish. They are notorious for their hunger which is like a wolf. Basks in the sea off Rio. Drawn to his own reflection and does spend hours looking at himself, puffing himself up but he can't help it, its his reflex. He's gorgeous, puffed up and 120 X 120mm

Morrissey is a Solitary Fish. He used to inhabit in the North Sea off Great Britain but was depressed. Moved to the warmth of the Pacific Ocean off California but heaven knows he's still miserable now. We at Hippy Motors love Morrissey but he seems to have gone a bit racist recently. He's 120 X 120mm

Madonna is an Angel Fish. She is, very much, like a Virgin so don't you just want to cherish her? She likes to express herself on your motor. She's 120 X 110mm high

Frankie Goes to Hollywood. Frankie loves his friend who is also called Frankie, they have the power of love but I guess they need to relax and stop all that kissing. They are 260 X 90mm

Bono likes to get about a bit infesting beaches so you can't 100% chill out in the water as Bono is always close by. Some people find him annoying, others a magnificent creature that can only do good.  Bono the Jellyfish car sticker is 60 X 160mm

Pick your star (star fish), colour and direction they face. 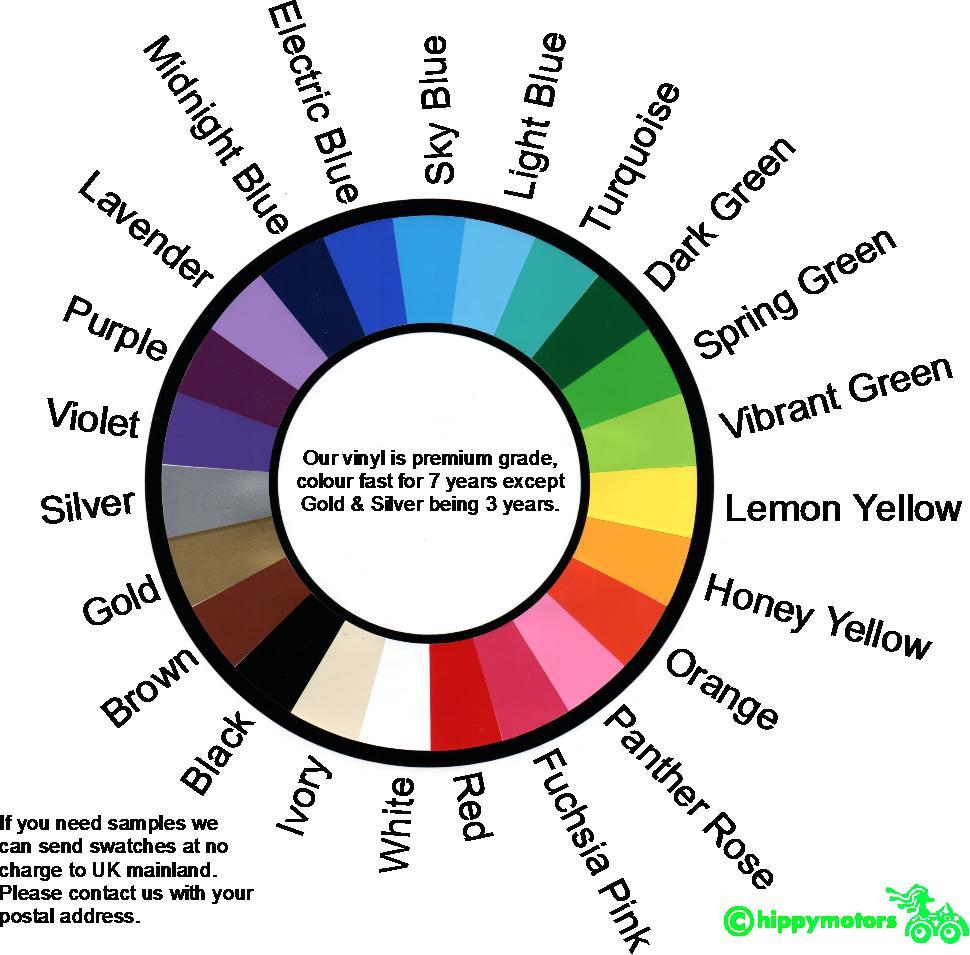 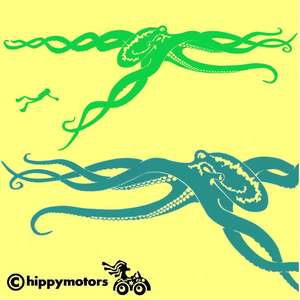 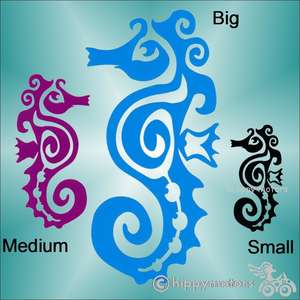 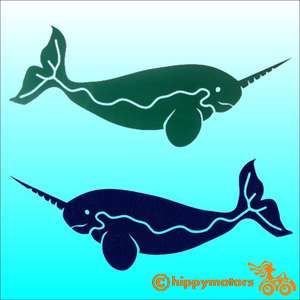 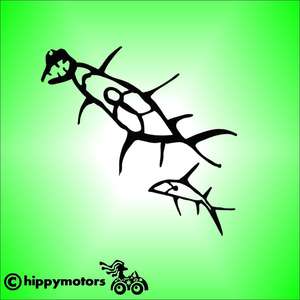 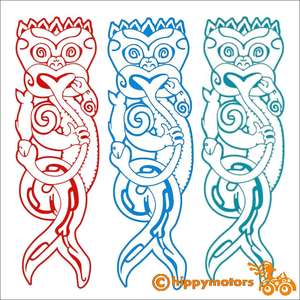 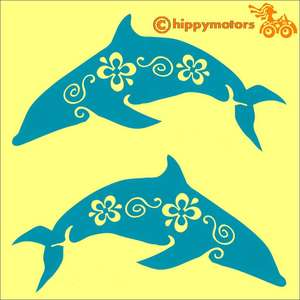 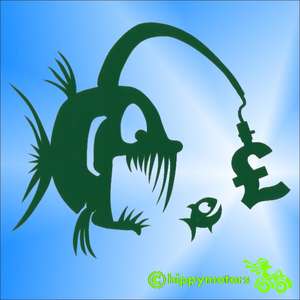 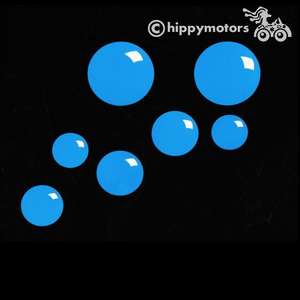 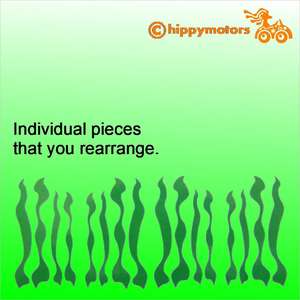 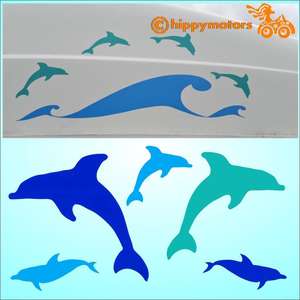 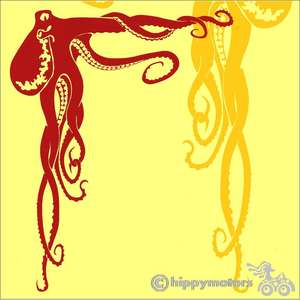 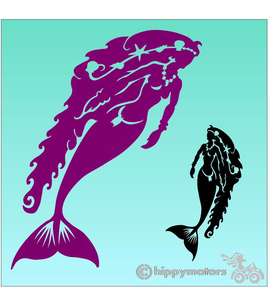 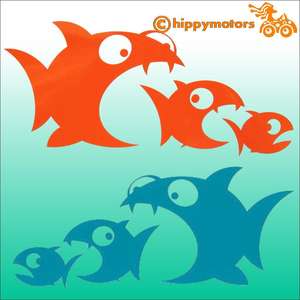 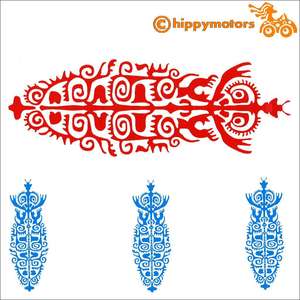 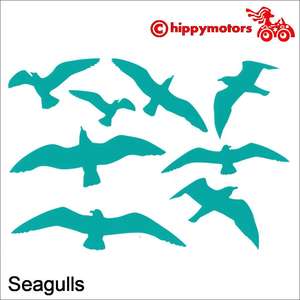 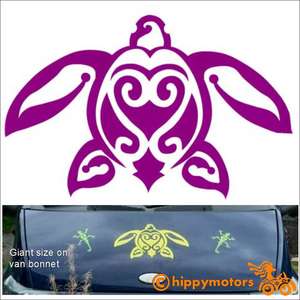 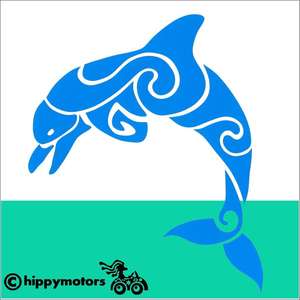 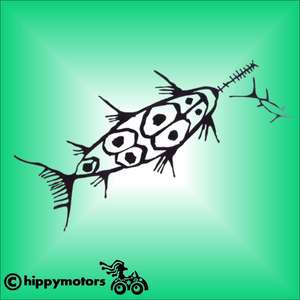 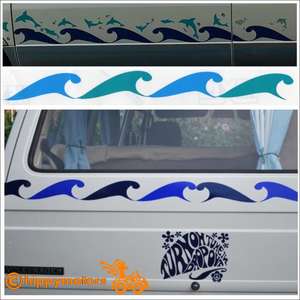